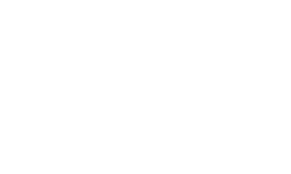 The Deaf and hard-of-hearing communities are diverse and contain a variety of groups, clubs, collectives, organisations and businesses. Connect with your local Deaf community and its extended networks here.

Bring your preschooler to this fun session of storytelling and craft. Suitable for both deaf and hearing children. Story time fosters a love of reading, and promotes literacy skills and social interaction.

Auslan and English Story time at Parramatta Library (NSW): Held on the last Monday of each month, 10:30 am – 11:00 am. Suitable for deaf and hearing children aged 3–5 years.

Australian Deaf, Hearing Impaired & Friends Online: An online community for the deaf, hard of hearing and their friends.

DFA actively seeks deaf and/or hard-of-hearing players to represent the national team. DFA also deliver player development programs in NSW and VIC. The sports group welcomes men or women regardless of age who interested in playing football. Visit their website or Facebook page (links open in a new window).

Established in 2008, Deaf Poker Australia (DPA) (opens in a new window) is a non-profit organisation with a common interest in developing and promoting poker catering specifically to deaf and hard-of-hearing players. As the game’s de facto governing body in the Australian Deaf community, DPA collaborates with Deaf poker organisations in NSW, QLD, SA, VIC and WA.

The unique feature of DPA live tournaments is the ability for players to communicate in Auslan (Australian Sign Language), as well as English, at the tables. Each state hosts their own series of regular home games and provincial championship tournaments throughout the year, culminating with our marqee national event, the DPA Championship, helped traditionally in the month of October. Visit DPA's Facebook page (opens in a new window).

Deaf Sports & Recreation Queensland aims to facilitate and promote the equal participation of Deaf and Hard of Hearing people in Sports and Recreation at all levels in Queensland.

Geelong Deaf Social Group (opens in a new window): Deaf social group to meet, socialise and support each other.

Founded in 2016, the SA Deaf Fire Cricket Club (opens in a new window) welcomes Deaf and/or hard-of-hearing boys/men who love the sport and are looking to be a part of their team.

Able Australia supports the interests and needs of people with multiple disabilities including Deafblindness.

These include government departments, support agencies and more.

Access Plus: Provider of support services and information to the deaf and hard of hearing people in WA, including interpreter services.

Aussie Deaf Kids: Online information and support for families raising a child with a hearing loss.

Information, support and counselling to tinnitus sufferers, and preventative education to the wider community.

CICADA: Organisation to provide support through fellowship for implant recipients, their families and friends.

Deafblind Information: By Senses Australia. An accessible, web-based resource for individuals living with a combination of vision and hearing impairments, their families and support members, professionals and service providers.

Deaf Can:Do: Provider of support services and information to Deaf and hard of hearing people in SA, including interpreter services.

Deaf Children Australia: Not-for-profit that support and services deaf and hard of hearing children and their families.

Deaf Services: Provider of support and interpreting services and information to the Deaf and hard of hearing people in QLD.

Deaf Sports Australia: Peak body for Deaf sports in Australia. Facilitates and supports the participation of deaf Australians in all levels of sport.

Deafness Foundation (VIC): Dedicated to supporting people who are deaf and hard of hearing through research, prevention, education, early detection and technology.

Expression Australia: Provider of support and interpreting services and information to the Deaf and hard of hearing people in Victoria and Tasmania.

Hearing Australia (formerly Australian Hearing) is Australia’s largest government-funded provider of hearing care, technology and research. One of their key focus areas is in the managing of hearing testing and rehabilitation of children and young Australians under the age of 26.

Hearing Matters Australia: Voluntary, not-for-profit dedicated to helping Australians with a hearing loss whose primary method of communication is through speech.

An independent Australian online resource that provides easy to understand information about hearing-loss management and technologies, as well as a directory of hearing services.

The Deaf Society: Provider of specialist services for Deaf and hard of hearing people and their families in NSW as well as deaf people with additional needs, including interpreting services.

National Relay Service: Assists Australians who are deaf, hard of hearing and/or have speech difficulties to communicate with voice callers.

Parents of Deaf Children (NSW): Organisation supporting parents in NSW to support their deaf or hard of hearing children to reach their full potential by providing support through information, support networks and representation.

Find groups where you can practice Auslan and meet new people in the Deaf community.

Auslan Friends: Community group for the Deaf and hard-of-hearing community and friends, interpreters, CODAs, parents of deaf children, present and previous students of Auslan in Australia and New Zealand.

Auslan Fingerspelling and Number Practice Group: Facebook group for anyone who wants to practice Auslan, fingerspelling and numbers. Students who are deaf, hard of hearing, and who communicate using Auslan are all welcome.

Central Coast (NSW): This group is organised with Central Coast Deaf Group to help students from TAFE, DEN and Universities meet and interact with deaf people. All Auslan levels (from beginners to interpreters) are welcome. CONTACT: jankune@hotmail.com

Perth Auslan Connect (WA): Informal social group for Auslan users and students to maintain their skills. Meets once a month.

Sydney Auslan Social Gatherings (NSW): Public place to practice Auslan by meeting others who want to share their language.

WA Auslan Practice Group (WA): Group for people learning Auslan in WA who want to actively practice with others.

Find Auslan teaching and tutoring services near you and online.

Auslan in the West (VIC)

Auslan Teachers Australia: For teachers of LOTE Auslan to share resources and ideas.

National Association of Australian Teachers of the Deaf

National Association of Australian Teachers of the Deaf

Find deaf and hard of hearing organisations around the world.

National Technical Institute for the Deaf – US

National Technical Institute for the Deaf – US

Know of a group, club, collective, organisation or event that should be listed here? 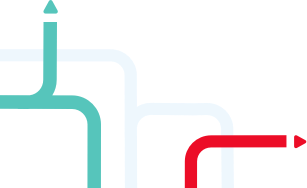 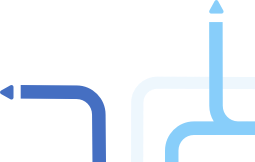